TGO DX signs an agreement with the Catalan Basketball Federation 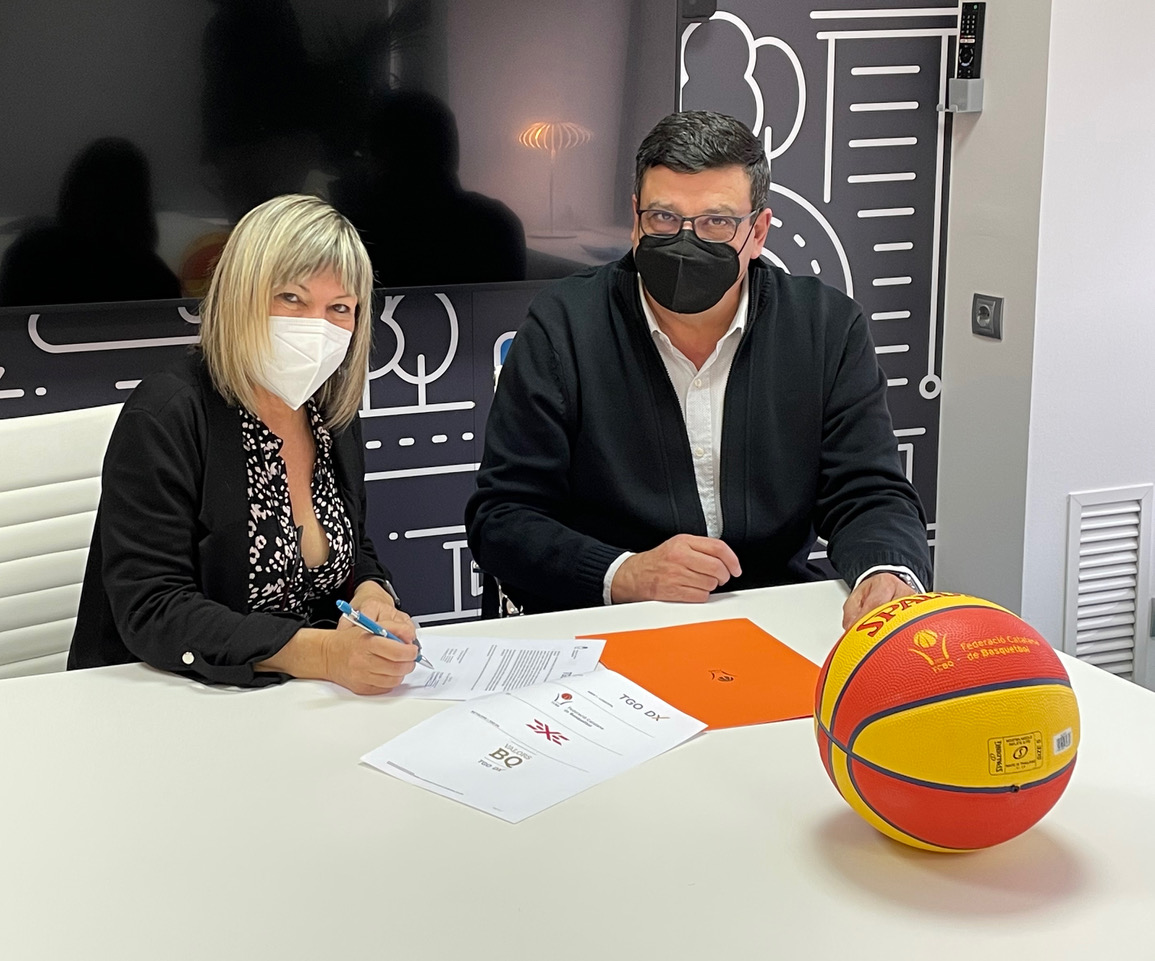 The mobility company TGO DX, from GrupTG DX, will become an official sponsor of the Catalan Basketball Federation’s (FCBQ) 3×3 Catalan Championship and of the BQ Valors project, promoted by the same entity. This is contemplated in the sponsorship agreement that both parties have signed this Monday, January 10th, in the morning, and that will make the competition to incorporate TGO DX to the name and that the company becomes sponsor of the BQ Values programme. The agreement, which will have an initial duration of one season, will also allow the basketball teams that are members of the FCBQ to access the services of TGO DX with advantages and proposals adapted to their needs.

The signing ceremony of the sponsorship agreement took place at the GrupTG DX headquarters and was attended by TGO DX’s CEO, Carme Pros; the financial director, Silvia Félez, and the operations director, Lluis Vergés; and by FCBQ’s president, Ferran Aril, as well as its manager, Toti Mumbrú, and its marketing manager, Jorge Olivella.

With this agreement, TGO DX wants to continue contributing to promoting the practice of sport among children and young people throughout the country. At the same time, through the sponsorship of the BQ Values area, the company will continue to help give visibility to projects promoted by entities, agents and people linked to the world of basketball focused on promoting the values of this sport. At the same time, TGO DX will also participate in the BQ Values awards ceremony, which annually recognises the best initiative in this field.

You can find out more about which cookies we are using or switch them off in settings.

This website uses cookies so that we can provide you with the best user experience possible. Cookie information is stored in your browser and performs functions such as recognising you when you return to our website and helping our team to understand which sections of the website you find most interesting and useful.

Strictly Necessary Cookie should be enabled at all times so that we can save your preferences for cookie settings.

If you disable this cookie, we will not be able to save your preferences. This means that every time you visit this website you will need to enable or disable cookies again.